If you drop chewing gum, cigarette butts, or litter in public or resort to fly-tipping in the Sale area – you could face on-the-spot fines.

Trafford Council is using a private environmental enforcement firm – 3GS Service – to carry out on-street patrols in Trafford and issue fines for people dropping litter, and a key focus will also be to target fly-tippers who persistently choose to blight the environment of local neighbourhoods. They will  be fined £200 or prosecuted.

The anti-litter patrols began this morning.

Officers from 3GS will wear a uniform and carry body cameras while on patrols, and will identify themselves to the public.

Cllr Stephen Adshead, Executive Member for Environment, Air Quality and Climate Change, said: “We are passionate about ensuring our  neighbourhoods are clean and attractive places to live in, but we still face problems with more and more rubbish being dumped in alleyways and litter being dropped. This is something we have never tolerated and will take even tougher action to show we are serious about tacking this issue.

“We’re asking everyone for their support, so that together we can make where you live in Trafford a place to be really proud of.” 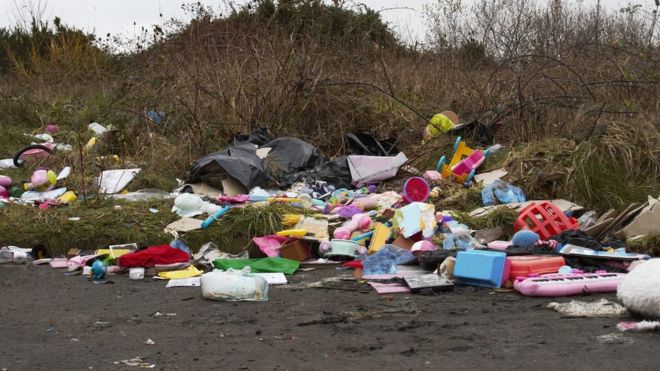 “Every year, Trafford Council spends substantial sums of taxpayers hard earned money cleaning up after those who refuse to be responsible, money that could be spent on other environmental priorities.”

In addition, over a number of years the Council has promoted its #BeResponsible campaign working with local people to help to ensure rubbish isn’t thrown in the first place.

The 12-month scheme using 3GS Service, will be self-financing with the costs of enforcement being met from the income from the fixed penalty notices. Any additional money generated from the fines will be ring-fenced and invested in similar environmental schemes.

The Council is also asking visitors and residents to do their bit by reporting any incidents of waste being dumped.  Descriptions of people, and any vehicle registrations, can be reported by telephoning 0161 912 2000.